What are the railway parts?

The railway line is composed of various railway parts, and in order to ensure the safety of driving, various railway parts need to be repaired and maintained regularly. There are many types of railway parts, and the parts that make up railway tracks include steel rail, rail sleeper, track bed, rail switch, rail clips, rail joints, railway spikes, rail tie plates, rail gauge rod, rail rubber pads, rail anchor rail shoulder ,rail dowel,rail insulator, etc. As an integral engineering structure, the steel track is laid on the roadbed, which plays a guiding role in the operation of the train and directly bears the huge pressure of rolling stock and its load. Under the power of train operation, its various components must have sufficient strength and stability to ensure that the train runs safely, smoothly and uninterrupted at the specified speed.

1. Steel rail is the main component of railway track. Its function is to guide the wheels of rolling stock to move forward, bear the huge pressure of the wheels, and transmit it to the sleepers. The rail must provide a continuous, smooth and least resistance rolling surface for the wheels. In the electrified railway or automatic block section, the rail can also be used as a track circuit.

4. Rail turnout is a line connecting device that transfers rolling stock from one track to another. It is usually laid in large numbers at stations and marshalling yards. With rail turnouts, the passing capacity of the line can be fully utilized. Even if it is a single-track railway, it is possible to lay the turnouts and build a fork line longer than the length of the train, and the train can be opposite.

5. Railway bolts (also called fishplates bolts or railway anchor bolts) are used to fix steel rails or rail tie plates to cement or wooden sleepers, or to fix the connection between rail fishplates and steel rails.


7. Rail support is a component installed on the outside of the rail in order to effectively resist the lateral force of the wheel and rail. Rail stays are generally installed on the outer side of the outer strands of the small-radius curved track to prevent excessive lateral force from causing excessive lateral displacement of the track when the train passes the curve, and even causing the rail to tip over.

10. Rail dog spikes, also called track spikes, are large iron spikes with a biased head, usually used to fix steel rails and rail tie plates to wooden sleepers in railway tracks. Rail dog spike is a kind of railway spike. Its main function is to make the rail track fixed in a specific position without deviation.

11. Rail screw spikes (also called sleeper screws or square head rail bolts) are medium or large metal screws used to fasten rail tie plates and rail track on the wooden or concrete sleepers. It is an important part of the railway fastening system.

12. Rail tie plate, also known as rail baseplate or rail sole plate, is a steel plate used to connect railway track and sleeper. It is an important part of crane track or railway track support system.

14. Rail rubber pad (also called rail pad) is made of elastic polyurethane pad and is installed between steel rail and concrete sleeper. It is an important part of the supporting structure of heavy crane rail tracks and railway tracks. 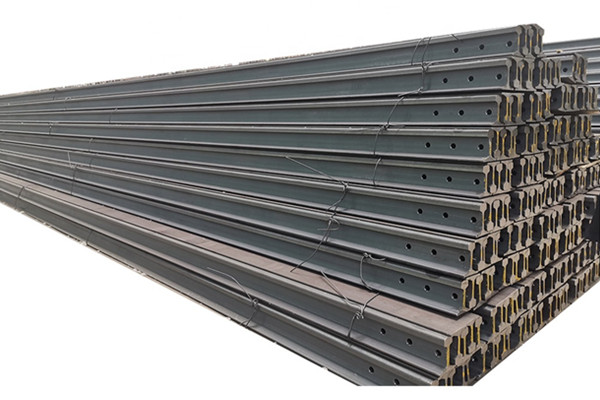 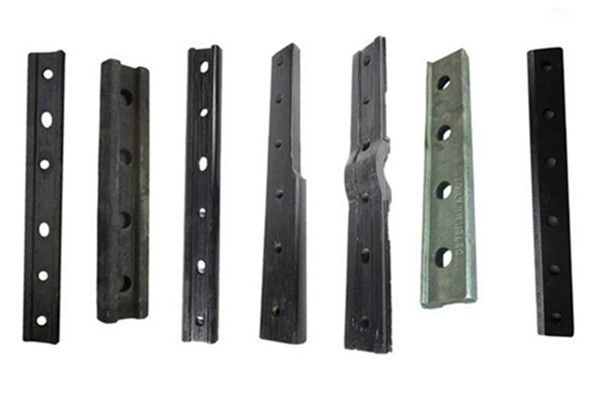