Analyze the importance of elastic rail clips in railway tracks

Railway rails are components that support the direction of locomotives and locomotives, and steel rails are fixed to the rail sleepers of the track bed through the rail fastening system. The fastening parts of the rail fastening system are mainly rail clips, which produce fastening force on the railway track through the bending and distortion of the railroad clips, which effectively guarantees the reliable connection between the steel rails for a long time and keeps the integrity of the railway track as much as possible , To prevent the vertical and horizontal movement of the steel rail relative to the sleeper to ensure the normal gauge, thereby ensuring the safety of rail vehicles. In addition, because the train wheels and steel rails are in rigid contact, vibration is unavoidable. The special elastic structure of railway clips makes it possible to absorb the impact energy generated when vehicles pass by and achieve the effect of shock absorption. Rail clips work under repeated alternating stresses. They bear various effects such as bending, torsion, fatigue and corrosion. When vehicles pass by, they also bear very high instantaneous impact loads, so the performance requirements of elastic railway clips are very high. strict. 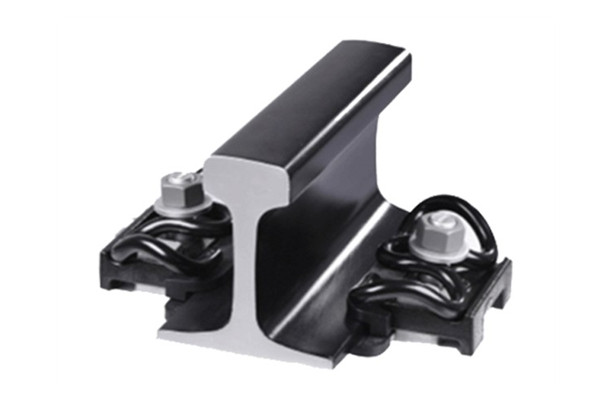