As a railway fastener factory, Kingrail Parts mainly provides a variety of railway fasteners, railway equipment, various types, complete models, and reliable quality to meet the needs of users. Railway fastener is an important part of railway, steel rail is the main symbol of railway parts. Steel rails can be roughly divided into heavy rails and light rails. However, many people only know the classification of steel rails and do not understand how to distinguish between heavy rails and light rails. In view of this situation, Kingrail Parts will summarize the experience of steel rails over the years. Understand, briefly talk about the method of distinguishing heavy rail from light rail

Steel rails can be divided into heavy rails and light rails in kilograms per meter. According to the steel grades used, it is divided into ordinary manganese steel rails, copper-containing carbon steel rails, high-silicon copper-containing steel rails, copper rails, manganese rails, silicon rails, etc. There are three types of heavy rails: 38kg, 43g, and 50kg. In addition, there are 45kg rails used on a few lines, and 60kg rails have been planned to be used on lines with large volumes and high speeds. There are mainly different rail types such as 9kg, 12kg, 15kg, 22kg and 30kg.

Regardless of whether it is heavy rail or light rail, steel rails are rolled from carbon killed steel smelted in open hearth and oxygen converters. Its purpose is to withstand the operating pressure and impact load of rolling stock. The rolled rails should be straight, without significant bending or twisting. The local bending and torsion of light and heavy rails, as well as the amount of correction deformation, and the inclination of rail end faces, shall not exceed the standard. The surface of steel rail should be clean and smooth, free of defects such as cracks, scars, scratches, etc.; there should be no shrinkage marks and interlayers on the end surface. 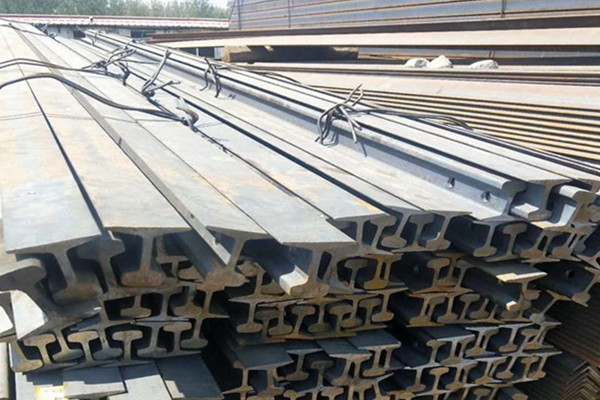