Many people have seen railways and trains, and have taken them, but they don’t know much about railways. In fact, railways are made up of various fasteners and equipment. Driven by the vigorous development of railways, railway fasteners and railway equipment are also constantly developing. Moreover, in order to ensure that the train can run safely, the current railway parts and railway equipment have the characteristics of high strength, good toughness, and excellent fatigue resistance and wear resistance. In order to deepen everyone's understanding of railway parts and railway fasteners, our company will introduce several common railway parts.

1. Rail joints parts, because the railway is composed of various parts, and the combination of components requires various connecting parts. The parts that connect the ends of the two rails are called joint connection parts; the parts that connect the rails and sleepers are called intermediate connection parts, that is, the railway fastening system. The joint connection parts enable the wheel to smoothly roll over the rail joint and keep the front and rear rails working in coordination. The rail fastening system connects steel rails and sleepers to form a track frame to keep the two steel rails in a correct relative position; the rail fastening system provides sufficient pressure to prevent the steel rail from overturning and prevent the rail from moving longitudinally.

2. Track bed usually refers to the ballast (ballast) cushion laid on the roadbed surface under the sleepers. The main function is to support the sleeper and evenly distribute the huge load from the upper part of the sleeper to the roadbed surface, which greatly reduces the deformation of the roadbed. Ballast is a small block of granite with a diameter of 20~70mm. There are gaps and friction between the blocks, which make the track have a certain elasticity. This elasticity can not only absorb the shock and vibration of the train, but also make the train run more smoothly. Moreover, the working conditions of trains, steel rails, sleepers and other components are greatly improved, and the service life is prolonged. Once the elasticity of the ballast is lost, the load on the reinforced concrete sleeper will increase by 50 to 80% compared to the normal state.

3. Railway turnout. Railway turnout is a line connecting device that allows locomotives to transfer from one track to another. They are usually laid in large numbers at stations and marshalling yards. With the railway switch, the passing capacity of the line can be fully utilized. Even if it is a single-track railway, by laying railway turnouts and constructing a fork line longer than the length of the train, the train can be split. 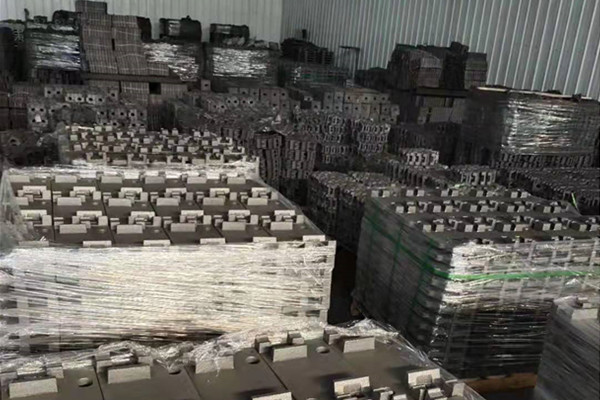