The importance of railroad clips

The train moves along the railway track, and if there is a problem with the railway track, it will not only affect the normal movement of the train, but also pose a great threat to the safety of the passengers on the train. Therefore, regular inspection and maintenance of the railway track are required. . The railway track is composed of a variety of components, including rail fastening system, rail clips, etc., which play a very important role in the track, and will directly affect whether the train can move forward. Although many people have seen various types of train tracks, they don't know much about one of the components, such as the railway fastening system or railway clips. In order to let everyone understand railroad clips, I will focus on the role and importance of elastic rail clips in railroad tracks.

Railway rails are components that support the direction of locomotives and locomotives, and steel rails are fixed to the railway sleepers of the track bed through an elastic rail fastening system. The fastening parts of the rail fastening system are mainly railway clips, which produce fastening force on the track through the bending and distortion of the elastic rail clip, which effectively guarantees the reliable connection between the steel rails for a long time and keeps the integrity of the railway track as much as possible , To prevent the vertical and horizontal movement of the steel rail relative to the sleeper to ensure the normal gauge, thereby ensuring the safety of rail vehicles. In addition, because the train wheel and the steel rail are in rigid contact, vibration is unavoidable. The special elastic structure of the railroad clip enables it to absorb the impact energy generated when the vehicle passes by and achieve the effect of shock absorption. The elastic rail clip works under repeated alternating stress. It bears various effects such as bending, torsion, fatigue and corrosion. When a vehicle passes, it also bears extremely high instantaneous impact loads, so the performance requirements of the railway clip are very high. strict. With the increase in the axle load of railway vehicles and the increase in the speed of trains, as well as the development of urban rail transit and subways, rail clip as a key link of the track structure is also undergoing continuous development, and its importance is becoming more and more important. Countries are concerned. China is a country with a vast territory and great differences in climate, transportation conditions, and regions. Railroad clips with different performance requirements are needed to meet the requirements of different railway tracks and rail types. For example, on conventional lines, rail clips with high buckling pressure and good elasticity are required to meet the needs of heavy-duty and high-speed lines; while in the viaduct track seamless line, in order to reduce the interaction force between steel rail and bridge, railway The clips have low resistance and ensure that the elastic rail clip has sufficient elasticity, that is, to ensure that the railroad clip has a sufficiently low stiffness to ensure that the buckle pressure loss caused by the compression of the under-rail cushion when the train passes is small, and the rail fastening system does not loosen . 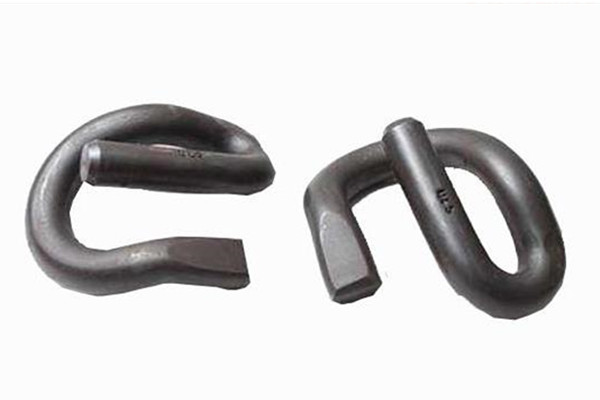