When understanding the anti-railway anchor, we must first understand the role of the rail anchor. When the train is running, the longitudinal force acting on the steel rail is often generated, which causes the steel rail to move longitudinally, and sometimes even drives the sleepers to move together. This longitudinal movement is called crawling. Crawling generally occurs in the main line of the double-track railway, the heavy vehicle direction of the single-track railway, the braking range on the downhill and when entering the station. Crawling of railway lines often causes uneven rail seams and skewed sleepers, which is very destructive to the line, and even causes vehicles to derail the track, endangering driving safety. Therefore, effective measures must be taken to prevent crawling, usually rail anchors and anti-climbing braces are used to prevent line crawling.

Rail anchors are divided into welded rail anchors and fastened rail anchors, which are suitable for various types of steel rails. This kind of spiral type strong rail anchor for railway track is divided into casting type and welding type. The casting type is composed of convex and concave rail clamps, bolts and bearing plates; the welding type consists of rail clamps and lock rails. , Bolts, rail stop and bearing plate. These two forms of spiral strong railway anchors are used to tighten the bolts so that the rail is clamped to the steel rail, thereby preventing the steel rail from crawling when the locomotive is running and braking, and can reduce the occurrence of railway accidents. 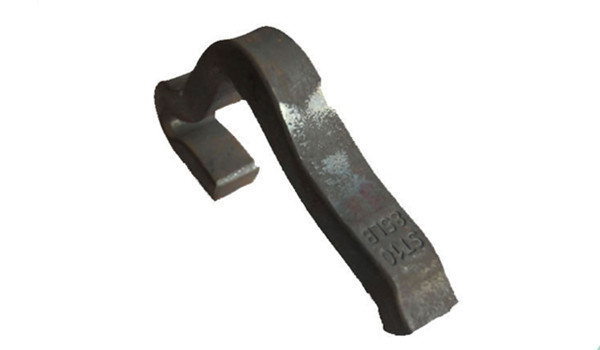