1. Classification.
Steel rails can be divided into heavy rails and light rails in kilograms per meter:
① Heavy rail. According to the steel grades used, it is divided into ordinary manganese steel rails, copper-containing carbon steel rails, high-silicon copper-containing steel rails, copper rails, manganese rails, silicon rails, etc. There are three main types: 38kg, 43kg, and 50kg. In addition, there are 45kg rails used on a few railway lines, and 60kg rails have been planned to be used on lines with large volumes and high speeds. GB2585-81 stipulates the technical conditions of China's 38-50kg/m rail.
②Light rail. There are mainly 9kg, 12kg, 15kg, 22kg, 30kg and other different rail types.

2. Manufacturing and usage.
The steel rail is rolled from carbon killed steel smelted in open hearth and oxygen converter. Its purpose is to withstand the operating pressure and impact load of the train.

3. Manufacturers and importing countries.
The steel rails currently used in China are mainly produced by some domestic steel plants, such as Anshan Iron and Steel and Wuhan Iron and Steel. In addition, due to the large amount, it is still necessary to import some steel rails and steel rail accessories that are required by Chinese technical standards and have physical and chemical properties and are judged by relevant foreign standard methods. Import production countries include Japan, Germany, France, Britain, Russia, Australia, etc.

4. Dimensions
The length and other geometric dimensions and tolerances of steel rails are specified by the relevant light and heavy rail standards in "8".

5. Appearance quality
(1) The steel rail after rolling should be straight without significant bending or twisting. The local bending and torsion of light and heavy rails, as well as the amount of corrective deformation, and the inclination of rail end faces, shall not exceed the standard.
(2) The surface of steel rail should be clean and smooth, free of defects such as cracks, scars, scratches, etc., and no shrinkage marks and interlayers on the end surface. The allowable defects on the overall surface of the light and heavy rail and the extent of their geometric quantities shall not exceed the standard.

Through the above introduction, we understand that the bearing capacity of steel rail is very large, and it also plays an important role in ensuring railway safety. Of course, considering comprehensively, railway construction still needs a combination of many railway fasteners to ensure the safety of railway transportation. Kingrail Parts is engaged in the production and sales of railway fasteners. If you want to know more, please pay more attention to the website of Kingrail Parts: www.kirail.com 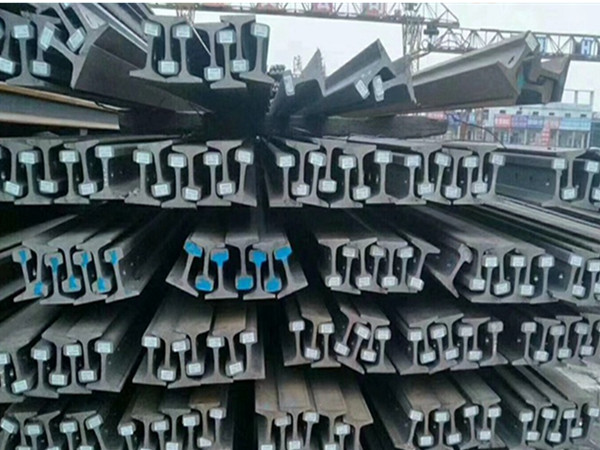