The characteristics of different railway turnouts

A single switch is a basic setting for branching a railway track into two or more tracks so that the train can be transferred from one line to another. The railway turnout number is represented by the frog number. The intersection angle between the working sides of the fork center is called the frog angle, and the cotangent value of the frog angle is called the frog number. Commonly used railway turnouts are divided into single turnouts, double turnouts, compound crossing turnouts and cross-degree lines. The railway switch is a special railway equipment, which not only affects the safety of train operation, but also has a shorter service life than other equipment, and the on-site maintenance and repair work is heavy. The single switch commonly used in China has a straight main line and a side line that diverges from the main line to the left or right. It is also called left-hand turnout and right-hand turnout. Its number accounts for more than 90% of the total number of various railway turnouts.

The above briefly introduced two kinds of railway turnouts for us. There is still a lot of knowledge about railway turnouts. If we want to know more information, we can pay more attention to our website: www.kirail.com. There is also an important point to tell the railway construction and maintenance companies that doing a good job in the maintenance of turnouts is very important, and we must not ignore it. 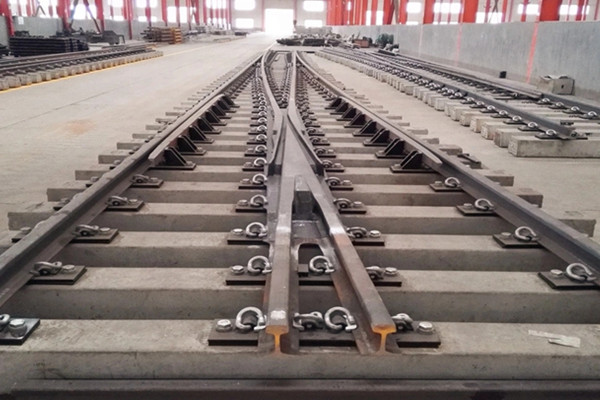