Rubber pad under rail, also called rail pad, is an elastic polyurethane pad assembled between steel rail and sleeper to protect the top of the sleeper from wear and impact. The initial stiffness of the rail pads is not designed to be high, so their relative deformation under the load of the elastic rail clip is very large. This mechanism ensures that the rail pad maintains close contact with the rail despite any vertical movement of the latter.

Functions of Rubber Pad Under Rail:

2. Load distribution on a larger surface

4. Concentrate the load on the support element

5. Absorb the uneven contact surface between the rail and the bracket

7. The seal between the bottom of the rail and the top of the bracket

Martials of Rubber Pad under Rail:

Manufacturing Process of the Rubber Pad Under Rail:

Types of Rubber Pad under Rail:

The rail pad in the SKL rail fastening system is a small but important fastener component that works with SKL clips, screws, plastic dowels, tie plates, etc. The elastic rail pads we produce have certain rigidity and significantly increase the elasticity of the rail superstructure. It has higher elasticity and helps rolling stock to run quietly to meet the acoustic requirements of today's railway lines.

Notes: Store in a clean, ventilated place. Don't put it under direct sunlight, keep away from heat and chemical reagents. Do not touch oil, organic solvents and other chemicals.

The EVA/HDPE/rubber rail pads produced by Kingrail Parts have high elasticity and are suitable for UIC54, UIC60, BS80lbs, BS100lbs and other rail types and order sizes. According to the customer's requirements, the pads with or without grooves can be customized, and various possible designs are adopted. 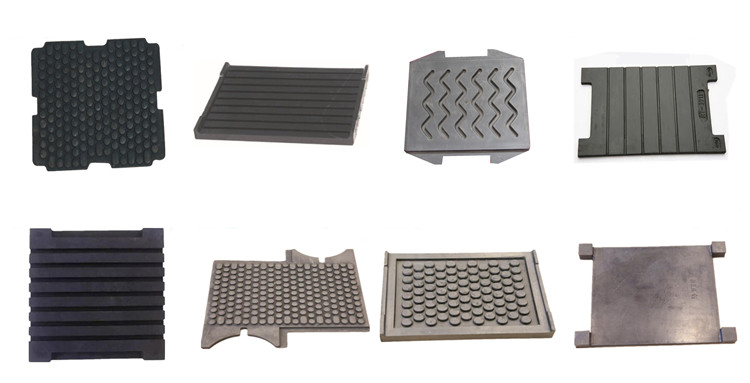