Rail anchor fastenings, also called rail anchors, are used to clamp on rail baset plates and close to the beams on both sides. It is made of spring steel and is designed to eliminate rail sliding or expansion or contraction.

The rail anchor fastening is directly installed on the rail baseplates, providing a large bearing surface for the rail sole plate and sleepers, preventing wear and cutting, and ultimately prolonging the service life of the sleepers.

According to the specific rail weight and base width, rail anchors can be divided into two types: driven rail anchors and spring-loaded rail anchors.

1. The rail anchors should be located on the rail gauge side of the rail baseplates, resting on the same tie rod surface on the opposite rail.

2. The rail anchors must firmly fix the rail baseplates and fully support the rail sleeper surface.

3. When the support of the rail anchor to the sleeper is disturbed, a new rail anchor and sleeper will be required.

4. Do not move the rail anchor by driving the anchor along the rail.

5. When using anchor bolts, sleepers should be kept straight.

Russian railway anchors are often used in railway casting, and their material is QT400-15. All related mechanical properties are strictly implemented in accordance with TOCT 7293-85 standard. 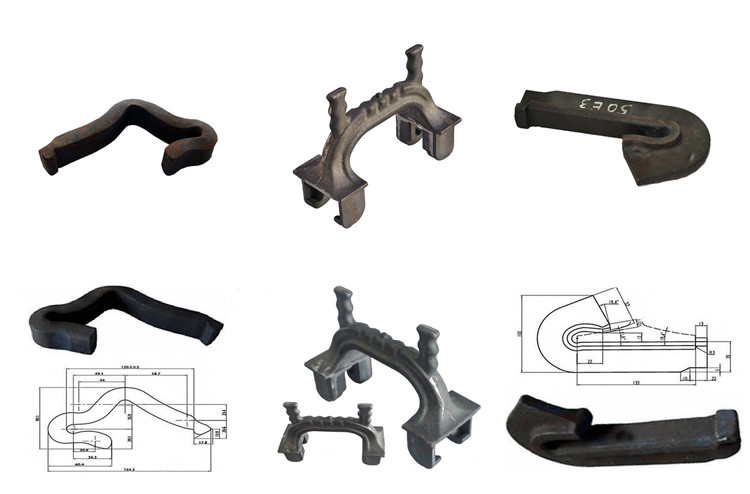